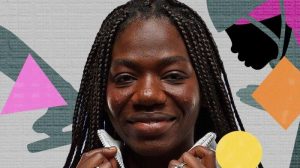 In 2018, Maame Biney became the first Black woman ever to qualify for the U.S. Olympic speed skating team. But she almost didn’t make it to the games this year after working with a coach she found abusive. In the episode, Maame speaks more about being an athlete and her experience with coaches. Dr. Wyrick and Dr. Milroy highlight the role of coaching and the impact coaches may have on the mental health of athletes.

To watch this episode of The Mental Games: Maame Biney Rediscovered Her Olympic Dream After Leaving An Abusive Coach, please visit https://fivethirtyeight.com/videos/maame-biney-rediscovered-her-olympic-dream-after-leaving-an-abusive-coach/.